We recently recognised Shalom Staff on their impressive milestones;

MICHAEL RAY for 22 years' service. Michael may have only joined the staff of Shalom College last year, however he has an extensive career in Catholic Education. Michael commenced his teaching career at St Mark's College, Port Pirie from 1994 where he continued until 2002. In 2003 Michael moved to St Mary's in Adelaide where he continued teaching for 14 years.

RON LUTHE for 30 years' service. Ron commenced his teaching career at Shalom College in 1988 and has been a valued teacher on staff at the college for the past 30 years. Over the years Ron has supported many students, staff and families of the Shalom College community and fulfilled different roles such as looking after the audio systems for many years.

TONY HUTCHINS for 40 years' service. Tony joined the staff of Christian Brothers College in 1978 and remained at the college until 1984. In 1985 he became a foundation staff member of Shalom College when it formed with the merger of CBC and Loyola College. Tony has been a valued member of Shalom College ever since and has held a variety of middle leadership positions such as WHS officer and Year Level Coordinator. This year he has the responsibility for Senior Religious Education.

Congratulations Michael, Ron and Tony!! THANK YOU for your dedicated service and contribution to Catholic Education.

Back to latest news 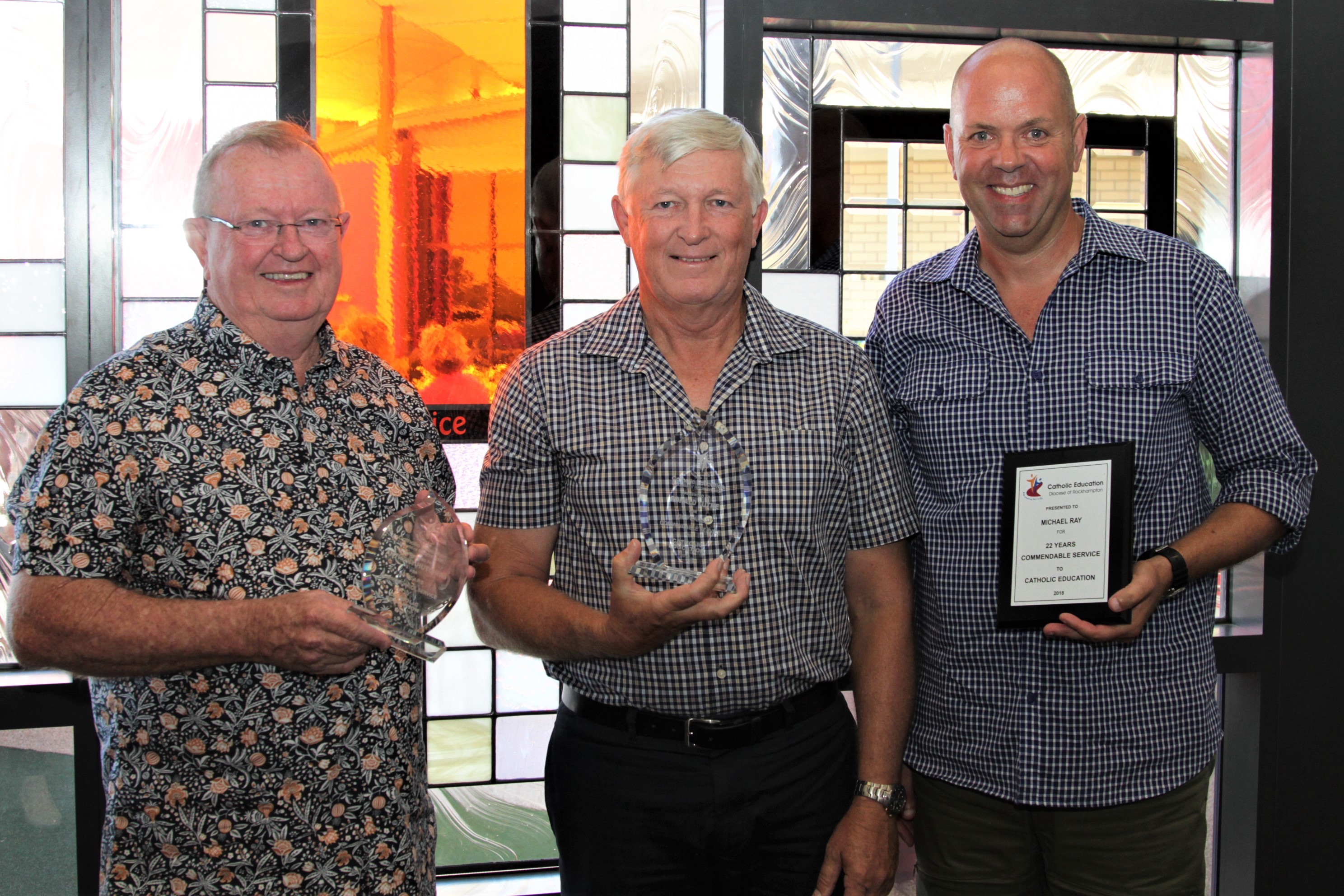